After a hefty helping of inspiration from blogger Dawn's Brain's series on Facebook pages that people need to stop sharing from, t...

Unhealthy Advice: The Mysterious Case of the Disappearing Nurse

Every now and then a new account appears, ready to communicate science to those poor souls who have not yet been indoctrinated into the world of fake skepticism.

Skeptical Nurse materialized on Twitter not long ago, and disappeared almost as quickly.

Well known and aggressive GMO proponent, recent recipient of the Borlaug CAST Communication Award, guest on Skeptic's Guide to the Universe, The Joe Rogan Show and others, hailed by his boss as 'an agricultural scientist whose work has been compared to that of Neil deGrasse Tyson, Bill Nye, Carl Sagan,' Mr. Kevin Folta shared this new account with his followers about 15 hours before it went *poof!* into the ether of the interwebs: 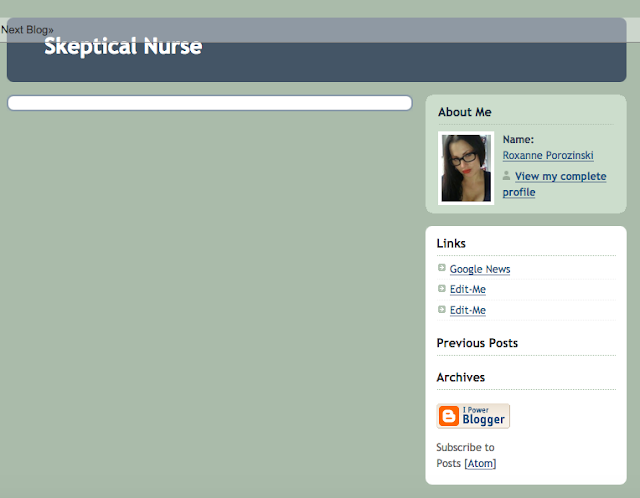 Thanks to Notorious KGB Aggie, who decided to verify the qualifications of this account, it was revealed that the 'Skeptical Nurse' was really a woman who has worked as a cosmetologist with a delinquent CNA license.

The Florida Department of Health lists her license as having expired at the end of May, 2016. 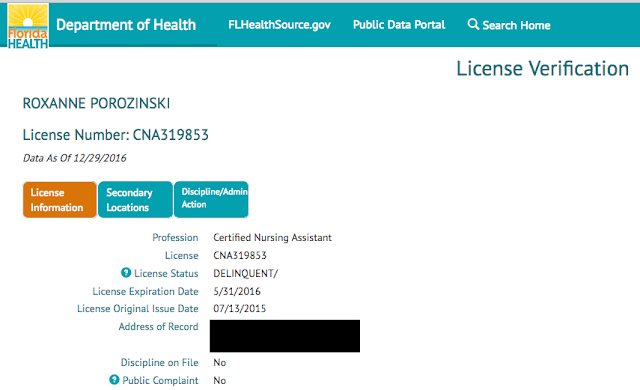 As it turns out, this is someone Kevin Folta has been familiar with for some time (ahem ahem). He mentions Ms. Porozinski in this blog post back in 2010.

That blog of hers is now gone. In fact, all of Ms. Porozinski's social media accounts disappeared very quickly after it was made public that she is not in fact, a nurse, as she was calling herself. This is highly unethical - and outright illegal. 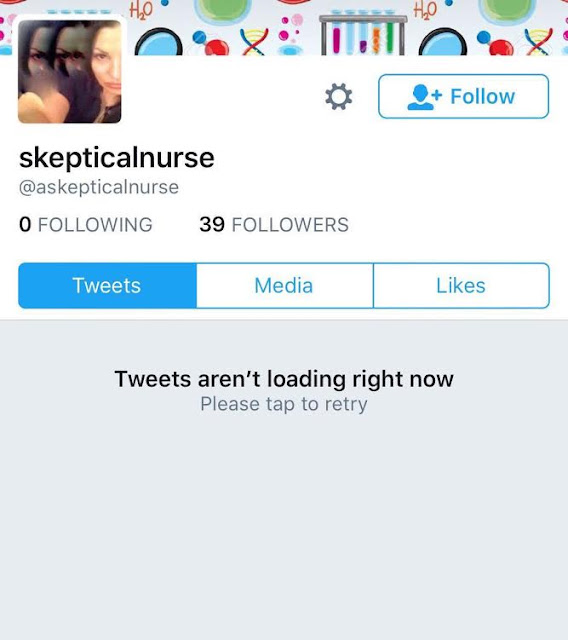 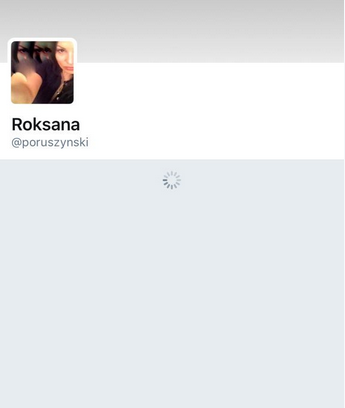 Three twitter accounts are now gone along with her Facebook profile, Skeptical Nurse page, both a Wordpress and Blogger blogs, and who knows what else. This is hella shady. These are the actions of a woman who engaged in deceit and got caught. This is a fake skeptic and a fake-ass nurse to boot. Yet, according to our friend Kevin, you should follow her for 'synthesis of diet and health claims -- and other stuff'.

Why, oh why, should we listen to these people for health advice? Do they think we are all stupid? If they would purposefully deceive us as to their degree and qualifications, what else are they being dishonest about?

Posted by Vixen Valentino at 12:50 PM

New comments are not allowed.